If a foot/cycle bridge is not going to happen in the medium term, then how about some traffic calming measures to reduce driver's speed expectations over the bridge? Drivers who have just come of a dual carriage way at 70mph+ or have been zooming along the A40 at 60mph+ are suddenly sharing space with cyclists having had little warning that this is about to happen.

We suggest deploying traffic calming measures, such as marked cycle ways, belisha beacon crossings (much needed anyway!) and signage making it clear that care is required. If the speed limit was clearly lower, many drivers will not be so aggressively trying to overtake cyclists. 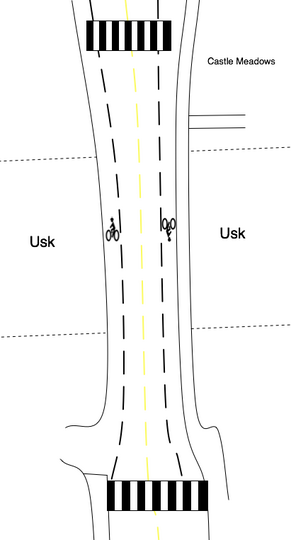