We have reached the final phase of the project to open up restricted streets to two-way for cyclists in Cambridge - and residents can have their say.

Many restricted streets have already been opened up to two-way cycling over the last 10 years following a Department for Transport trial. Allowing cyclists to be exempt from no-entry restrictions, and to travel both ways on one-way streets, is a cost effective and easy way of expanding the city cycle network.

After consultation with residents and stakeholders last year followed by a meeting at the Cambridge Joint Area Committee in January, we are proposing to make 15 one-way or restricted entry streets two-way for cycling. Local residents will be notified of these Traffic Regulation Orders (TRO) regarding proposed two-way cycling in restricted streets in Cambridge.

Please email policyandregulation AT cambridgeshire.gov.uk by 1 September 2017 with your comments. 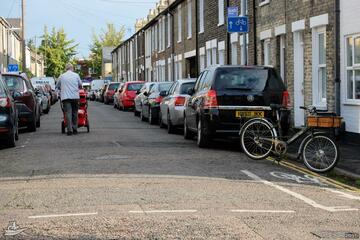